The Union Public Service Commission (UPSC) conducts two of the most coveted exams – NDA and CDS – for aspirants who wish to serve the nation and “live a life less ordinary.” The National Defense Academy (NDA) exam and the Combined Defense Services (CDS) exams are to recruit suitable candidates to serve the Indian Armed Forces. While the ends of both the exams are the same, there are a lot of differences in terms of eligibility, salary, training, and ranks. This article details the difference between the eligibility between the NDA and CDS exams while addressing the vacancies for female candidates.

Even though the selection process for both NDA and CDS is more or less the same, including a written exam, a physical test followed by a personal interview, there are vast differences when it comes to training, service, and eligibility. The National Defense Academy recruits cadets for joint services including the Army, the Navy, and the Air Force. The candidates train together at one institute before they proceed to their respective service academies for further training. As for Combined Defense Services, the qualifying candidates are recruited into the Indian Military Academy, Indian Air Force Academy, Officers Training Academy, and Indian Naval Academy.

The primary eligibility difference between NDA and CDS is that the former is for aspirants who have either passed 12th class exams or are appearing for them. However, for CDS, the candidates must be graduates or appear for their final exams. The table below details the various parameters and differences in the eligibility for the two exams:

NDA and CDS are two of the most sought-after exams for candidates who aspire to serve the nation and fulfill their dream of getting into the Indian Armed Forces. Although the selection pattern for both NDA and CDS remains the same, the eligibility of candidates differs in terms of their educational qualifications and age. If you’re also looking forward to turning your dream of joining the forces into a reality, visit BYJU’s Exam Prep for succinct and updated preparation material and expert guidance.

Which Java Certification Course Should I Do?

Why You Should Focus on Improving JoinPD Login

How to Learn the Names of Fruits and Vegetables? 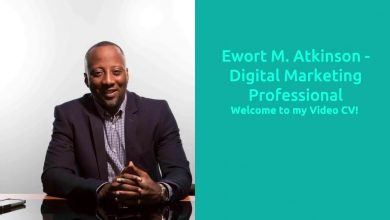 What is the Binomial Theorem?