The roots of Japanese martial arts go back to ancient China. According to historical sources, the father of traditional oriental disciplines was Bodhidharma, a monk from India or Ceylon, and the first patriarch of Zen Buddhism. In the 6th century B.C., at the Shaolin Monastery on the Yellow River, the cleric studied techniques for fighting the forces of nature and wild animals. He added breathing exercises to his precise movements, thus laying the foundations for the renowned martial arts. Bodhidharma shared his knowledge and skills with the monks who lived at the monastery. After his destruction, Buddhist monks dispersed throughout the East, teaching and developing subsequent branches of traditional martial systems. In Japan, their development was also greatly influenced by samurai culture, which is the source of kendo, judo, and kyudo – Japanese swordsmanship, among others.

Karate – the way of empty hands

One of the most popular eastern martial arts is karate (空手), or more precisely karate-dō (空手道) or karate-jutsu (空手術), or ‘the way of empty hands. As the name suggests, karate is based on direct fighting with an opponent without the use of weapons. Or rather, one should say – with the use of the strongest weapon of man – his body. Developed in Okinawa, the discipline is the most practical of all eastern martial arts, that is why it enjoys such popularity among the Westerners who treat it simultaneously as a useful form of self-defense.

Judo is a slightly improved and refined version of the old ju-jitsu. It is based mainly on a system of pads, throws, and levers, thus using the opponent’s strength to defend oneself. Judo (柔道) literally means the gentle, noble way or the way of softness. It fully reflects the basic principle of judo masters – “yield to win”.

Sumo – the national sport of Japan

Sumo is considered the national sport of Japan and, as such, is associated with a strictly defined ceremonial. The aim of duels is to push the opponent off the battlefield or to make him touch the ground with any part of the body other than his feet.

Kendo (剣道), or the way of the sword, is Japanese fencing based on samurai fighting techniques (kenjutsu). The weapons used in sports duels today are bamboo swords, which have replaced sharp steel weapons that were not suitable for amateur training. Additional protection of the competitors is special pads created on the model of samurai weapons and regulations which strictly determine the area of permissible blows.

Japanese archery is a traditional form of using a bow, modeled on the practices of Japanese samurai. Kyūdō (弓道), literally the way of the bow, is the art of accuracy, balance, and composure, strongly associated with the values of Zen philosophy. The discipline is treated mainly as a method of spiritual and moral training, although skillful handling of the longbow – over 2 meters long – requires considerable skill.

Although martial arts – the types of which could go on for a long time – are still inextricably linked with Japanese culture, Japan’s national sport also includes baseball. Currently, there are as many as twelve professional baseball clubs in Japan. Football is also very popular among the Japanese and, like baseball, attracts a lot of passionate fans.

Traditional Japanese sports – training the spirit and the body

The strength of traditional Japanese sports, however, is their dual dimension, which Western sports often lack. The aim of the eastern martial arts is the parallel physical and spiritual development of their practitioners. By shaping their bodies and perfecting their movement technique, they work on self-discipline, obedience to rules, and learning to fight their own weaknesses. These values are also valued by the western world, where oriental sports are often treated as an excellent method of forming children’s characters.

A Productive Rant About Summary For Stressthem.to

This Is Your Brain on Jkanime.net 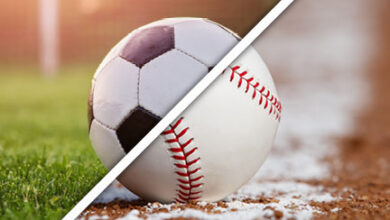 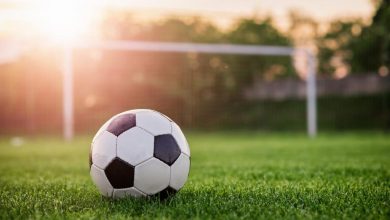